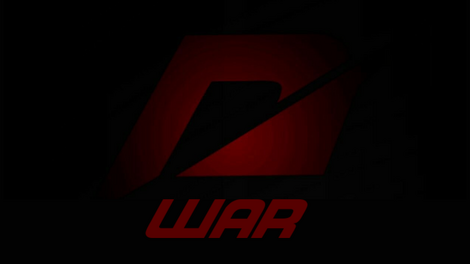 Need for Speed War (Abbreviated NFSW) is a future open world racing game in the long-running Need for Speed franchise. The twenty-fifth installment in the series, it will be released on PlayStation 4, PlayStation 5, Xbox One, Xbox Series X/S and Microsoft Windows. A Nintendo Switch port was planned, but never went into production due to unknown reasons.

You are Rowan Cooper, an action-seeking street racer who's earned attention because of your relation to your estranged twin brother, Ryan. Your driving skills take you to a populous city called New Fournier, where you're contacted by a man known as "The Beneficiary", who reveals he is a prominent figure within the city's racing scene.

The Beneficiary also reveals the city's underground is made up of several street crews fighting one another for total control. Seeing potential in you, he offers you a chance to seize the scene for yourself and offers you his connections should you accept. Longing to escape from the shadow of your brother's legacy, you accept without hesitation.

However, you'll quickly find that this turf war is more drastic (and creatively dangerous) than what went down in Palmont. Hey, you wanted action. You got it!

At its core, Need for Speed War can be considered as a spiritual successor to Need for Speed: Carbon, and its handheld cousin, Own the City to a lesser extent. Like in those games, the overall objective of the game revolves around the player's character taking control of the city back from various street racing gangs, while tending to the attempts of the police to take them down.

Despite featuring similar gameplay principles, the game introduces new gameplay elements that make it stand out from Carbon. These are most notable in the career progression. In order to challenge each of the region's controlling crews, players must accumulate a certain amount of Bounty Points, which can be accrued after completion of races, evasion of pursuits, and completion of events in the revamped Challenge Series, a separate game mode not featured since 2011's Need for Speed: The Run. Additional new gameplay elements include participating in "Turf Challenge" races in order to permanently control a region after attaining it, and the inclusion of The Patricians, a vigilante group of police officers posing as street racers and inflitrating certain events.

Players can highly customize any vehicle they own with vast assortments of visual and performance upgrades. However, they should keep in mind that certain upgrades are unlocked for use only after completion of select Challenge Series events. The game features the ability to layer vinyls over each other and the return of Autosculpt, a component-altering means of customization last seen in 2008's Need for Speed: Undercover.

Collectively, there are a total of 11 types of playable events in the game; 8 are exclusive to single player use and 3 are exclusive to online play only. Unless otherwise noted, all race oriented events feature up to 10 racers at one time. The bulk of these events also have police and/or Patrician members integrated into them with random chances of appearing.

Known in game as "the street racing capital of the world", New Fournier is a fictional Louisiana city, and the open world setting of Need for Speed War.

The open world location draws primary inspiration from two southwestern U.S. states in Louisiana and (eastern) Texas, and can be explored during the day or night. Inspirational ques for the city's design include, to name a few, New Orleans, Baton Rouge, Shreveport, Driscoll Mountain, the Bayou, Houston, and Galveston. A dynamic weather system can change the driving conditions from dry to wet through differing amounts of rain, as well as fog and mist.

War features a total of 157 vehicles that the player can purchase and customize with cash. It is the biggest vehicle list to date in a Need for Speed game, surpassing the 126 vehicles available in Need for Speed Heat.

Aside from smaller and more minor ones, there are 9 main, well known street crews that the player will interact with during his/her career. These crews are made up of several members, including one leader and many subordinates. Each crew's leader controls a respective territory and can only be challenged for that territory in "Turf Series" events. At the same time, most of each crew's subordinates will challenge the player in "Turf Challenge" events in an attempt to either acquire more territory or take a territory back from the player for their leader to control.

The New Fournier Police Department (NFPD) is the main law enforcement agency for New Fournier and one of the many forces attempting to impede the player's progress in Need for Speed War. Despite appearing as being connected to them on the surface, the NFPD is ultimately a separate entity from The Patricians.

The NFPD's system is a mixture of those from Need for Speed: Undercover and Need for Speed: Carbon. Specifically, they are like the former in that they will engage in pursuits if rammed by the player and like the latter in terms of overall aggressiveness. However, like The Patricians, they are capable of utilizing certain special tactics and increased aggressive manuevers in order to take the player down.

The busted system is similar to that of Most Wanted (2005) and Carbon. Players will be busted when their bright red busted meter is filled. This meter will start to fill if the player is not moving and has police units trapping their vehicle.

The cooldown system is the same as that of Most Wanted (2005) and Carbon. Players begin filling the blue cooldown meter by escaping from the police and by driving to hiding spots, which are scattered throughout the city. Each hiding spot fills up the cooldown meter faster.

The Patricians are a vigilante group of NFPD police officers that take to the streets of New Fournier, and the biggest form of opposition to the player.

Posing as high speed street racers and appearing unconnected to the NFPD on the surface, the collective aims to shut down other street racers themselves including the player, infiltrating certain events and pursuits to do so. They have also been known to take down NFPD units in the way of their objective, further highlighting their status as a separate force.

To date, there are 3 DLC packs available for purchase across all platforms. Upon purchase, these packs award the player with new vehicles among other desirable perks. Should the player purchase all DLC packs at once, the packs have a combined price of $29.99.

The first DLC and the more expensive of the three available, the Deluxe Edition Upgrade is a digital upgrade for the standard base game that includes 5 stock vehicles and a host of other desirable perks. These 5 vehicles are customizable and must be purchased from the car lot.

Additional awards included in the upgrade:

The second DLC available, the Challenge Series Extension Pack is a DLC pack that features ten extra Challenge Series events and three custom tuned vehicles designed by LoganC22, with each of these vehicles being awarded to the player when they complete a certain percentage of the entire Series.

The last DLC available for purchase, the Reward Cards Expansion Pack features the return of Reward Cards, a rewards feature involving new vehicles, aftermarket body parts, rims, and vinyls last seen only in Need for Speed: Carbon. Like in Carbon, each of War’s Reward Cards has four independent tasks with a set target that involve either the career and/or Challenge Series. Beating each task will count as a completed section for that card, and beating all four tasks will reward the player with that unique item.

There are 20 Reward Cards included in this pack totaling 80 tasks. Once this pack is purchased, the player will have access to a "Reward Cards" section in their garage/hub.

NFS War Studio is a mobile car customization and companion app to Need for Speed War available on iOS and Android for free. The app functions very similarly to NFS Heat Studio. Players can integrate their customizations into the main game by logging in to their EA account. Every non-DLC car that is available in the main game is selectable in the app.

The game features a soundtrack curated by LoganC22 and consisting of 43 songs that the player can listen to. This soundtrack is split into two sections, with one being heard only in the garage/hub and the other during races and free roam. As a whole, the soundtrack has similar themes to both Need for Speed: Undercover and Need for Speed: Most Wanted (2005).

Want to suggest a DLC pack, Patrician member, Street Crew or Reward Card reward for War? Please don’t hesitate to let LoganC22 know! Leave your suggestions in the comment section or message him directly on his talk page! Any suggestions will be taken into consideration. 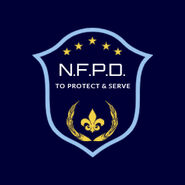