The Game Ideas Wiki is a wikia for pages about ideas for video games. We are currently one of the largest and most active fanon wikias, and we have a great community!

We have a team that is both energetic and passionate about creating video game ideas that no one has seen before. We spend a great deal of time on the wikia, making it the best resource available. We also appreciate newcomers with Wikia accounts to the area. Everyone is welcome to add their ideas!

We pride ourselves in the prevalent use of recent developments in software to aid communication and the presentation of the wiki. With increasing quality in images, theme, layouts, navigational aids and projects to have the most appealing website for not only the community, but also everyone else. All the more advancements to make life easier are here for everyone.

Beginning 2010, it was created and then abandoned by its creator, Multi128. Some time later, Ouroburos (a.k.a. SaurianJared), discovered it and began work to fix it up.

Soon Beecanoe joined him and the two developed the sight even more. Later, Geniusguy445, from an invitation by Beecanoe, and Ethanthegamer, by discovery, joined and the four transformed the wiki into the way it is today. Soon Tiamat583, Warioroll199 and Heartless105 joined; and we've been going ever since.

The first game idea created on this wiki was Eon. Multi128 started it as a blank page, but then-active users Ouroburos.TheNewSaurian, Geniusguy445, and Ethanthegamer completed and transformed it to the way it is today. The wikia had a recurring theme of site, until March 2012. After March, Geniusguy445 took over, and the theme of the wikia looked like what it looks like currently.

Ouroburos announced his abdication of leader and passes it on to Geniusguy445, as stated in this blog. He remained at the Epic Saga wiki, and in contact with the wiki he did so much for.

Sammyfun1, bringer of many game reviews and the Clandestine Services, left the wiki. 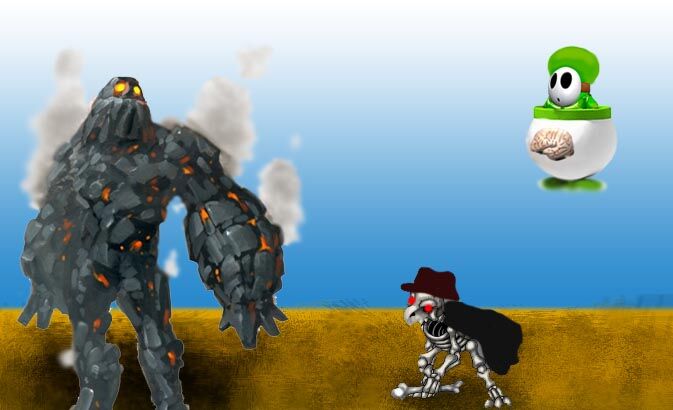 The wikia would begin to expand heavily after many new contributors began to join starting with StrawDogAmerica, who is also credited for creating the 1,000th page and adding the 1,000th photo. Many more would soon follow him included many from the Call of Duty: Fanfiction Wiki including Weejoh-_- and DeadRaiser. On November 16, 2013, it was announced that the Game Ideas Wiki will have an awards banquet to celebrate its success.